Developer ZA/UM has revealed that it’s currently in the throes of porting its acclaimed detective RPG, Disco Elysium, to Xbox One and PS4, and that it’s due to launch next year.

Disco Elysium, which released on PC earlier this month, casts players as a less-than-upstanding detective, who begins the game in a dishevelled heap on hotel room floor with what rapidly turns out to be alcohol-induced amnesia – conveniently allowing for plenty of scene-setting exposition, and the opportunity for players to shape their anti-hero as they see fit.

What follows starts as a murder mystery and then rapidly explodes out into a sprawling open-world RPG – set in the dilapidated city district of Martinaise – that shapes and shifts depending on players’ abilities and the choices they make throughout the extremely conversation-heavy, and impressively expansive adventure. 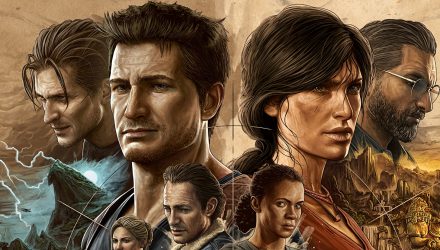 When Uncharted 4: A Thief’s End was first revealed during E3 2014, Naughty Dog presented a stunning teaser trailer featuring Nathan Drake waking on a beach… the

Last night’s report that Activision is developing a sequel

Aztech Forgotten Gods has a...

Aztech Forgotten Gods from developer Lienzo now has a

A unionisation bid by QA staff at Call of