Games of the Decade: Hotline Miami – filth, fetish, and the only video game parable

Oh man, Hotline Miami. I can still feel it. What a cutting, embarrassingly necessary parable of violence. What a way to stand on the shoulders of Shadow of the Colossus, by taking that moral throughline and wrapping it, head to toe, in the trappings of its time.

What’s weird, though, is I think parables are a bit rubbish. More often than not a parable will do somewhere between most and all of the work for you. You’ll finish up – watching, reading, playing, whatever – and you’ll know exactly what it is that you just consumed, what the point of it was, and what you need to do next, which is usually nothing.

Hotline Miami, a lot of the time, is at real threat of falling into that trap. You are summoned, via anonymous phone call, into a series of ultra-violent raids on various bad guy hideouts, and you obviously oblige. It’s 2012 so naturally, Drive still fresh in the mind, this is set in the late ’80s. It’s a cult hit because it’s indie and violent and has music, and the cult following has nicknamed your character “Jacket”, because he has a cool jacket. Everything is neon, but a sort of grim neon, with a dirty, grainy flicker over the top that could be a sort of VHS effect or could be a glaring sign, as it gradually flickers with more vigor and grunge, that what you’re seeing here isn’t entirely real. 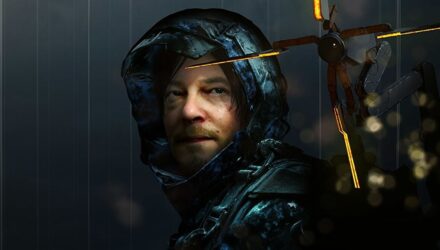