Ruined King: A League of Legends Story review – a warm welcome into one of gaming’s busiest worlds A couple of weeks ago, I became very intrigued by the look of Ruined King, a spin-off, turn-based, single-player game set in the League of Legends universe, that was released by surprise in mid-November. I’ve never played LoL, but to my own surprise I’ve been hooked.

Whereas the main LoL game is, as you probably already know, a MOBA, Ruined King is a narrative RPG set in the port city of… Bilgewater (?) and the creepy Shadow Isles (?). Your task is to help Illaoi (?), Miss Fortune (?) and non-human Ahri (?), along with others, to fight back against the mysterious and deadly Black Mist (?). The Black Mist is some kind of “thing” that’s disrupting the whole region, bringing with it shadowy creatures whose main goal is seemingly just to kill everyone. 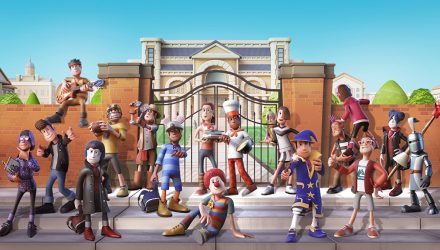