Two years after the original Call of Duty: Warzone dropped into the battle royale arena, its sequel, Warzone 2.0, has arrived with a new map and some enticing new game modes. Or at least, it would offer those things if network and server issues weren’t preventing me from playing a single full, clean match since its launch on Wednesday. That could just be the typical release window woes, and I’ll be holding off on my full scored review until things have had a chance to settle and I’ve played more, but anyone looking to dive in over the weekend should be prepared for a bumpy landing.

Warzone 2.0 is still a battle royale at its center, bringing back a lot of the first game’s mechanics and base features while introducing a few tweaks of its own, like having two or three smaller circles that eventually converge into one. It’s not all familiar though, as the brand new Al Mazrah map nicely incorporates some of the multiplayer stages from Modern Warfare 2, and the new DMZ mode that takes place on it provides a welcome change of pace from Warzone’s usual last person standing structure.

But while these additions are intriguing to me, I’ve only been able to play a handful of matches on PC where the performance was what I would describe as “almost decent” – and even then I’d face a lot of microstutters and latency issues that kept Warzone 2.0 from feeling smooth. Some people are reportedly having fewer problems than others, but my game would randomly spike to 999 millisecond latency and glue my feet to the ground for a minute so I was unable to move, sometimes making survival during fights near impossible.

Somewhat surprisingly, DMZ was the only game mode I could play consistently without having disconnection issues, but even that had latency spikes during matches. DMZ is the new loot and extract sandbox mode, no doubt inspired by the success of games like Escape from Tarkov, and it’s actually really fun and refreshing to play between battle royale matches. Being able to fight big groups of NPCs and infiltrate strongholds with my teammate while also keeping an eye on potential enemy players running toward us was exciting. It kept me on my toes in a different way from the usual battle royale mode, and made me want to jump back into the Al Mazrah map to get more loot and keys to unlock strongholds again and again.

My latency would randomly spike and glue my feet to the ground.

That appeal could partially be because the battle royale mode itself is currently the most frustrating one to try and play. Matches contain the same whopping cap of up to 150 players total in each mode: Solos, Duos, Trios, or Quads. However, a lot of the time my lobbies wouldn’t fill up enough to launch, so people would get impatient and leave before they did. That meant most of my time trying to play a battle royale match became a never ending cycle of queueing and requeueing to find a server that would fire.

When I could enter a match, I was at least able to get a feel for how the mode plays. It’s largely a lot of the same from the original, but that was already a very fun battle royale with solid looting and shooting mechanics that only improved over time. One interesting new addition here is that you can actually recruit enemy players to your team in squad-based lobbies if you end up losing a teammate at any point. This is a clever way to give weakened teams or solo stragglers a fighting chance and keep more people invested in a match for longer. It’s also just fun to make friends in a Battle Royale, which is a bit unexpected in such a cutthroat format. The Unhinged Trios mode even lets you invite up to six people to be on your team mid-match, living up to its “unhinged” descriptor in the chaos that creates.

I’m still early in my time with it, but so far Warzone 2.0 seems like a fun evolution of its predecessor whenever I’m able to get into a decently stable server and actually play something close to a full match. I already feel the pull of the new DMZ mode in particular, but I just haven’t been able to play enough yet to find out if that feeling will last. I have had more disconnects and latency issues than any actual game time, with release instability still persisting as we head into the weekend. Hopefully Warzone 2.0’s servers and desync issues can be resolved soon so I can, you know, actually play more of it, and I’ll be back with my final scored review in the next week or two. 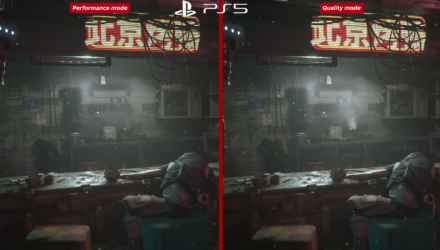 The Callisto Protocol is a game with a myriad of inspirations and references within its design, but on the technical front it is most certainly a leader.

A proper remake might be rising from the grave

One of my favorite things about watching superheroes duke

When I think about what the real world would