My games of this year were my games of every year

Editor’s note: Take a breath. We’re almost there. 2020’s been quite the year, and it’s very nearly over. Across the festive break, members of the Eurogamer team and our contributors will be running down their personal top five games of 2020, before we announce our game of the year – and before, of course, we hand over to you for the annual Reader’s Top 50. Thanks for being with us this year, and see you on the other side.

I barely played any new games this year. It feels wrong to admit that, as a professional games journalist, even one who’s not exactly on the frontline any more. It feels like an unforgivable lapse of curiosity. It feels like a retreat. And if I am honest with myself, it was a retreat that began before March – before everything in life became a retreat. I just couldn’t bring myself to start new games, to enter new worlds. I wanted familiarity. As I wrote in May, “there was nothing new I fancied playing, or rather I fancied playing nothing new – I wanted the soothing feeling of old routines, patterns of thought and movement worn smooth with use.”

No, this isn’t a pandemic thing, although it hasn’t helped. It’s also nothing to do with what’s been going on in games. I don’t mean to suggest we’re in the doldrums. Quite the opposite. A glance at my colleagues’ pieces will tell you that this has been a year of exceptional creativity and fun in games, marked by many brilliant releases – from Streets of Rage 4 to 13 Sentinels, Flight Simulator to I Am Dead – and supercharged by the excitement of the new consoles. It used to be de rigueur, come the end of every year, to declare “it’s a great time to be a gamer”, and it’s an awful cliché, but it’s as true now as it ever was. 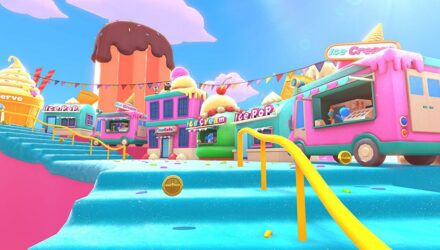 Nintendo has finally delivered its second dollop of downloadable tracks for Mario Kart 8 Deluxe, and it’s a doozy. Some of Mario Kart’s finest moments are included

You step quietly into the castle, holding a lantern